Katherine's Top 10 Films of the Decade

Is Lost in Translation really this good, or was I just 21, eternally charmed by Bill Murray, and about to embark on a love affair with Scarlett Johansson when I saw it? Well, maybe, but looking back, it remains a small film that's aged well, capturing something of the listlessness and world-weariness of the "global," affluent aughts. For all the hype of contemporary connection, we find we rarely speak the same language -- Charlotte and her husband communicate no better than Bob and his Japanese call girl -- which makes finding someone else who will admit uncertainty such a rare and welcome surprise. But wherever we go, there we are, getting in our way. And so Coppola's Tokyo pulses, luring us, like a place we still haven't quite been.

The Belgian Dardenne brothers depict the grittiness of life on the fringes like no one else, but here, they also capture the special glamour and romance of adolescence. Who would ever try to sell his newborn baby? Only the impish 20-year-old hustler Bruno, who actually seems to enjoy living under a bridge and feels invincible with his awesome thatch of hair. His relationship with girlfriend Sonia is startlingly real: they wrestle, they buy matching jackets, they seem not to have a care in the world. But of course life has costs and consequences, and selling a baby is one thing you just can't do. An utterly immersive tale of coolness under pressure, until the pressure becomes too much.

Just another fishing trip with your tyrant of a dad -- who you haven't seen in twelve years, and who you never really knew in the first place. The film works on so many levels: allegorical, psychological, emotional. Not to mention the faces -- could Andrey Zvyagintsev have found better faces? The child actors are pitch-perfect, as is the photography, which is riddled with brooding Russian landscapes in deep, cool greens and blues. A film that lingers and lasts, even if you don't have daddy issues. 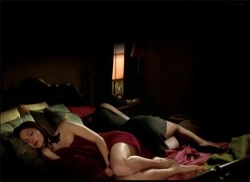 Maybe it makes no sense -- or maybe it does, if you believe the plot sleuths on the internet. But that hardly matters. David Lynch can haunt an audience like no other filmmaker, and he's at his best in Mulholland Drive, a tale of shattered and refracting Hollywood dreams that keeps showing up in my dreams long after. Every single element is pushed right up to the edge of what I can artistically and emotionally endure, but thankfully no further (seriously, after attempting to watch Inland Empire, I think this is Lynch's idea of restraint). And yet, I get the sense that even worse nightmares lurk beneath. Whatever he did to Naomi Watts to get her to turn in that unforgettable performance...well, I just don't want to know. 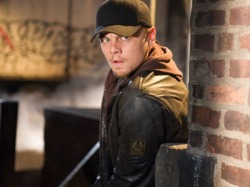 Yes, I've seen Infernal Affairs. And it's very good. But despite my love for Tony Leung and color-drenched Chinese films, I love The Departed more. Call me an American, but for me, this is just the richer tale: more character-driven and novelistic on the whole (not to mention the superior title). I was even a Leo hater before this; afterward, no more. Plenty of purists hate the final shot, but I loved every second  -- even the outrageous montage of Nicholson going nuts with the hookers and mountains of coke! Scorsese apparently thought he was making a B-movie, but it's clear to me that he vastly underestimated himself. The Departed certainly borrowed from Hong Kong, but it's a downright American crime film with a downright Shakespearean end. 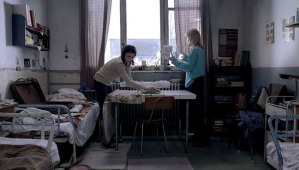 The story may be simple -- a college student in Ceausescu's Romania must help her roommate secure an illegal abortion -- but the emotions it produces are not. Cristian Mungiu's gritty film of female friendship in an almost-impossible situation lays bare the hard bargains of the powerless: it is at once an affecting political testimony and a masterful exercise in suspense. From the opening sequence of college dorm banality to the final heart-thumping race to dispose of incriminating evidence with respect, 4 Months, 3 Weeks, and 2 Days is a near-perfect, if completely uncomfortable, cinematic experience. Romania, you've done it again. 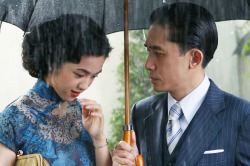 If you're not into the Sino-Japanese War or political espionage thrillers or exquisitely photographed historical drama spanning many settings and years, then see the magnificent Lust, Caution for the sex. And NC-17 sex at that. Ang Lee's strangely ignored post-Brokeback feature is as brave and honest a treatment I've seen of the complexity of erotic relationships -- even when one party isn't trying to kill the other. I told you I love Tony Leung! And he gets bonus points here for bringing his unfailing humanity to a truly devilish role. As for Wei Tang, she is at once girl and woman, concubine and radical -- and she'll completely break your heart when she sings. 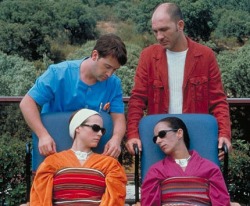 Pedro Almodovar's best film this decade. It is colorful, loopy, moving, and filled to bursting with moments of sublime artistic expression: a female matador dressing herself for a fight, a precarious ballet of the blind, Caetano Veloso closing his eyes and crooning "Cucurrucucu Paloma," and a silent film-within-the-film about an incredible shrinking man that is as heart-breaking as it is erotic and strange. Then, of course, there is the main plot, about two men who love women in comas. Could there be a better metaphor for the foolish idealism of romantic love -- the intimate knowing and yet not knowing of the person one adores? No, dear readers, there could not. 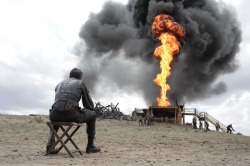 Bloated and self-important to some; a masterpiece to me. I wasn't much of a P.T. Anderson fan before, but in this epic of American westward movement, he really gets it right, pitting the business of oil against the business of God -- or maybe they're the same after all. Bleached-out and oil-drenched, with a sinister score by Radiohead guitarist Jonny Greenwood, this is a film that takes history and emotion to new heights. P.T. gets most of the credit, but a giant helping is reserved for Daniel Day-Lewis as Daniel Plainview, as American a man as any ever put on film. His now-famous "drink your milkshake" line, beloved by frat brothers nationwide, is paraphrased from a 1920's Congressional hearing. The marriage of history and art indeed. 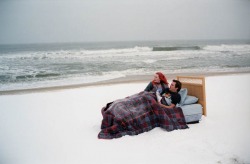 And finally, as we look back on the decade in film, we must remember this...

Clementine and Joel just want to forget each other, and Michel Gondry brings their memories -- good and bad -- to exhilarating, 21st-century life. That so many quirky movies try and fail to elide the metaphoric and the literal only makes Eternal Sunshine's finely layered achievement that much more impressive. Kate Winslet, Jim Carrey, and a majestically collapsing house in Montauk turn in frankly unforgettable performances in this all-time great film of love, loss, and impossible desires. (Who doesn't want to meet her boyfriend as a child?) It's a story that could only have been told in cinema, but it was named -- rather wistfully I think -- for a line Kirsten Dunst barely understands from the less-than romantic Alexander Pope.