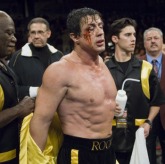 "It's not how hard you hit, it's how hard you can get hit."  That's never been more true than in the case of this punching-bag of a movie, which was mocked mercilessly from pre-production to DVD release.  But the thing is, it's really -- by far -- the second best Rocky movie in the entire series.  Not the second most awesome, or memorable, or fun to watch, but definitely the second best film.

And if it's classic mid-period Rocky awesomeness you're after, there's still this speech.  "Let's start buildin' some hurtin' bombs."  Fuck yeah!

Quirky outcasts!  A little person!  Train lovers!  You knew Patricia Clarkson was bound to show up, sooner or later.

I'm not sure this warm little movie is more than the sum of its parts, but it has very good parts.

Katherine would probably divorce me if I didn't include at least one delicious Almodovarian trifle.  Never have murder and incest been more, um, colorful. 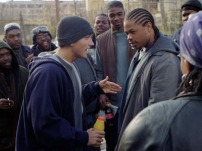 The Anchorman of the Romanian New Wave?  Three charming fools take over a provincial TV station and reminisce about the "revolution" of 1989.  Hilarious, wistful, and authentically odd.

My one-sentence Haneke dissent: Pitilessness is not a virtue.  But yeah, this is still pretty damn well-constructed. 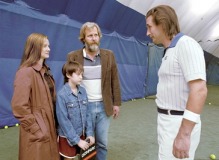 Suffering through Margot at the Wedding makes me wonder how good this really was, but damn, you can't take away Jeff Daniels's beard, can you?  No, you can't. 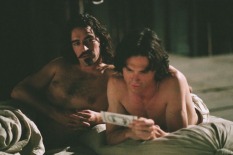 Billy Crudup as Ned Kynaston, the greatest "boy player", or female-role specialist, on the men-only Restoration stage.  Claire Danes as the lady-actor (actatrix? What are they called again?) who breaks the glass ceiling and threatens Kynaston's career.  If that's not enough gooey gender-bending theaterey stuff for you, there's also Rupert Everett as a lascivious Charles II.  Fun! 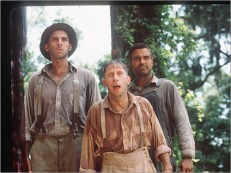 Remember when the Coens' whimsy could keep pace with their misanthropy?  Yeah, that was a long time ago.  A nominee for best soundtrack of the decade.

I'm still a Picard-and-Riker nerd, at bottom, and the fabulous Eric Bana (see below) is terribly underutilized here, but damn, this was a satisfying re-launch.  And yes, we should all hail President Spock. 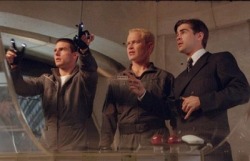 Philip K. Dick books are usually good for solid-gold film sci-fi.  Looking back, though, I'm perplexed: how does a movie with Tom Cruise and Colin Farrell, c. 2002, not erupt into a massive chotch volcano?  But it doesn't. 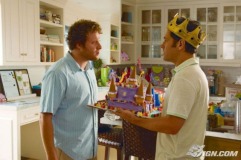 The flawed giant that still towers above the rest of the Apatow pantheon.  As much as I've enjoyed his movies, the guy has some pretty unbearable tics: the boring female characters; the veneer of raunch that doesn't really hide the unctuous puritanism underneath; Jonah Hill.  And yes, we get it, he really loves his wife and children.

Still, Knocked Up represents the best of Apatow: the quotable insult-humor of 40-Year-Old-Virgin ("You look like Babe Ruth's gay brother... Gabe Ruth") and the emotional authenticity that Superbad lacked and Funny People lost control of at the end. 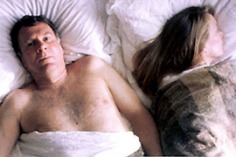 If you, like me until several weeks ago, were not interested in this film because you thought it was about Tom Wilkinson and Sissy Spacek doing private things in their boudoir, let me reassure you.

In fact the titular "bedroom" refers to a lobster trap, and the movie is based on an Andre Dubus short story called "Killings."  Curious yet?  Relevant concepts include bourgeois violence, the selfishness of grief, and the irresistible allure of Marisa Tomei (though, in fairness, the last idea is best explored elsewhere.) 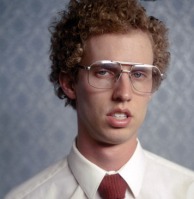 "You know, there's like a boat-load of gangs at this school. This one gang kept wanting me to join because I'm pretty good with a bow staff."

I'd support a sequel, too, but only in the event that Clinton Portis could act the title role.

Also.  If the Oscar-nominated shorts are playing at a theater near you, go check them out.  The final mini, "Instead of Abracadabra", is a totally uproarious Swedish variant on Napoleon D.  Only he's a magician.  "Chimaayyy!"  It's funny, trust me.

Genocide from the ground up.  Hotel Rwanda could have easily fallen victim to well-intentioned Hollywood earnestness, but Don Cheadle's ferociously humane performance makes this a very good rather than just an Important film.

Bonus Don Cheadle content: remember those NFL Playoff ads from the beginning of the decade?  They're still awesome. 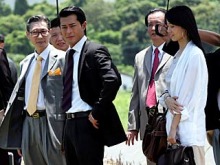 No, it's not an Alexander Payne-Reese Witherspoon spinoff.  More like the lush second half of a Hong Kong Godfather.  (The first half is great, too, but this rises even a little big higher).  Watch out for the human-meat grinder. 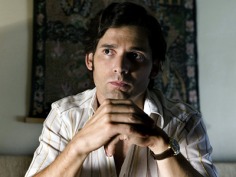 Anyone who complains that Seth Rogen would never be able to score with Katherine Heigl clearly underestimates the power of this movie.

It's a reckoning with Jewish violence that achieved some of what Tarantino tried but failed to do.  It helps that the movie re-imagined the seedy, amoral underside of the James Bond-spy-thriller universe, and also that Eric Bana was born to rock sideburns and sleek '70s suits.

This German-Turkish movie jumps back and forth across time and space as it unspools a richly tangled story about migration, rebellion, sex, and death.  Everything Babel wanted to be, but with less grandiosity and more humanity. 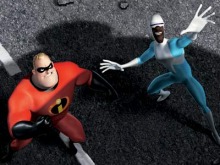 I heard David Denby praise this film because it bravely 'stood up for excellence' while America was lost in the void of Bush-era mediocrity.  Actually, I don't think it's so courageous to defend "excellence," and I don't love Brad Bird's elitist-libertarian politics.  What I do love about this movie is its mix of restless energy and easygoing humor.  That, and the voice of Craig T. Nelson.  I love that guy.

Another movie whose true subject I was confused about before I saw it.  It's not about illegal immigration, really; it's about rural poverty.  Bone-crushing, repo-man, popcorn-for-dinner poverty.  Life in a world where your highest aspiration is to move from a single-wide to a triple-wide trailer.

Maybe that makes it sound like a downer.  But actually, it's not.  Kudos to Courtney Hunt for crafting a film that allows for real hope without sacrificing any of its toughness. 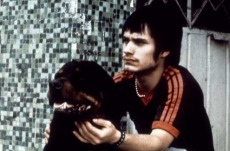 Three intersecting stories about love, death, and dogs in Mexico City.  A useful film for you to see if you own a Lhasa Apso and are doing piecemeal floor renovations, but are blithely confident that everything will be fine.  Or if you secretly think dogfighting actually sounds kinda fun. (It's not.)

Before she was canonized as a saint sometime in the latter half the decade, Laura Linney was a pretty good actress.  Before he decided to focus his career on romantic comedies with improbably generic names, Mark Ruffalo was a pretty good actor.  Matthew Broderick, by contrast, was and always will be a khaki-wearing dweeb.

Together (and with Kenneth Lonergan at the helm) they made an honest and bittersweet film about siblinghood, which, frankly, they should make a lot more films about because I'm still confused. 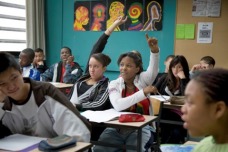 The 2000s saw the release of several films that chewed up the hoary Inspirational Teacher cliche and spat it out in ruins: The Class, Half Nelson, Mona Lisa Smile.  Wait a minute.

Actually, I'm not sure everyone who saw The Class realized that it wasn't all that inspirational.  But, no, it's not a Parisian Dangerous Minds. By the end of the film, I wasn't sure whether the hero at the blackboard was a sympathetic failure or a complicit party to a corrupt system.  Either way, this is an ode to the limits as much as the joys of the classroom experience.

Not a particularly fashionable movie, or a re-watchable one, but it's good anyway.  Quite literally one of the decade's most suffocating films.

"That's how you know the great ones," says Jeff Bridges' Bad Blake about his songwriting.  "You feel like you've heard them somewhere before."

Elements of this gentle, meandering film have definitely been heard somewhere before -- think the basic structure of The Wrestler, only with a little of the spirit and musicality of Once. Throw in a solid chunk of Lebowski and just a sliver of Nashville and you have a damn good country music film.  Jeff Bridges' craggy charisma will not let you down.

Now pass me another one a' them barley pops over there.