"The list," says Umberto Eco, "is the origin of culture. What does culture want? To make infinity comprehensible."  This and nothing less is indeed our project.  Amid the infinity of Beverly Hills Chihuahuas, American Dreamz,  and Captain Corelli's Mandolins, we must rummage, bringing order to chaos, redeeming a decade of sprawling insanity with the very purposefulness of our quest.  For we go beyond Eco, and Joyce, and Homer, and the Bible: we do not only list, but we rank.

We will ignore the sickly murmurings that the 2000s were a golden age of television, not film; and likewise all autumnal lamentations over the decline of popular cinema.  Our duty lies elsewhere.  The journey will take us from Elizabethtown to Annapolis, with a stop in Freedomland in between. We will learn from Coach Carter, perhaps Win A Date With Tad Hamilton, and pay tribute to The Life of David Gale.

Certainly, we will always be in motion: Chasing Liberty, Raising Helen, Stealing Harvard, Surviving Christmas, Bringing Down the House, Riding in Cars With Boys, and, of course, Know1ng.

The Master List is a compilation of all your film choices, all tossed in together in the ultimate mega-2000s greatest hits tape. In March of 2010, it was slowly unveiled over the course of a single climactic week:

All 63 individual and unsullied lists, along with clutch commentary from key participants, are available here.

For nerdy methodological details, see below. 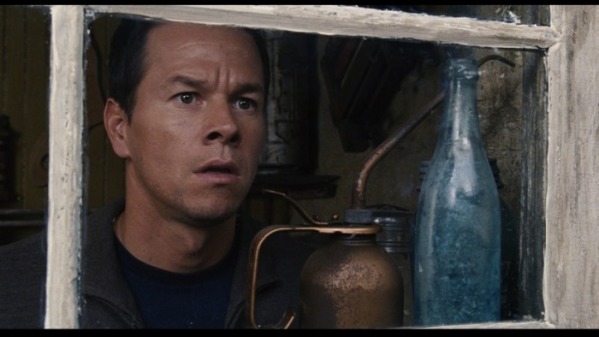 Say hello to your mother for me, and tell her the TREES ARE GOING TO KILL US ALL!!!!

Films in unranked top ten submissions are awarded 9.5 points each.  Unranked honorable mentions, depending on how many there are, receive 4 points, 3.5 points, or 3 points each.

The films in the final master list are ranked by total points awarded.  The first tiebreaker is the total number of people submitting a movie; the second is the highest individual ranking the movie received; the third is the omnipotent whim of the list-maker.

Longer Version/Boring Rationale:
I considered applying a simple inverse-ranking point system for every top ten: i.e., 10 points for every #1 ranked film, 9 points for #2, and so on down to 1 point for every #10.  That would have the large virtues of simplicity and transparency.  But the more I thought about it, the less adequate this kind system seemed.  Even if you only saw 200 movies this decade (and it's very likely that you have: I saw 400 and I know many who have seen more than me), your  #10 ranked movie is still in the top 5% overall.  Awarding 10 times as many points to the 99th percentile as the 95th didn't seem proportional to me.

I also decided that all ranked and unranked top tens should be given equal weight: each list would have 95 total points (14+13+12...+5, or 9.5 x 10) to throw around in the master list.  But heroic participants who submitted longer lists shouldn't have their top picks devalued.  So additional selections, honorable mentions, and ranks below #11 were awarded a descending amount of points, all the way up to movie #100.  So if you submitted 25 movies, you had 155 total points at your disposal -- if you submitted 100, you had 275 total points.  In my universe, listographic obsessiveness is rewarded, not punished!  If you're still reading this, I'm confident that you agree.